Welfare of Migrant Children and Families “Compromised” Due to Deportation Strategy

Officials in the Home Office have expressed concern that the welfare of children and families who have crossed the Channel to the UK is being “compromised” because of the intent to prosecute individuals for immigration offences.

One senior safeguarding official has resigned from their position after what they described as an example of the hostile environment being used to target vulnerable new arrivals in the UK.

An email from a safeguarding expert revealed that an official stepped down on the grounds of not wanting to  “compromise the safety and wellbeing of children and families to facilitate the proliferation of an enforcement agenda”.

In an exclusive with the Observer, a former safeguarding expert said that a change in the Home Office’s approach to families and children they were preparing to deport was reflected in the language used by some officials.

The person, who requested anonymity, said:

“The Home Office began undermining our welfare advice, and we started seeing quite crude assumptions made about the credibility of individuals such as asylum seekers trying to scrounge off the state or being called illegals…

I had to bite my lip. It was basic, crude and quite brutal. Children were being put to one side to focus on immigration issues.”

The Observer also came across an email which questioned if some families who crossed the Channel in small boats were being “immediately turned around and sent back to France under an obscure article”.

This comes after reports earlier in the year alleged that the Home Office has launched an initiative which enabled the swift return of migrants to France before their asylum claims were fully considered.

Another email detailed a case where children were seemingly separated from their parents, who were subsequently restrained on the way to a deportation flight.

Other incidents were highlighted too, including a case where an Iranian teenager who was caring for her young brother was the subject of two deportation attempts before safeguarding officials intervened to ensure their safety in the UK and their right to remain in the country.

Dan Sohege, who is a refugee law specialist and director of human rights advocacy group Stand for All, said:

“It’s a very disturbing direction of travel the Home Office is going in. They are looking at exclusionary measures rather than supporting those, particularly children, who absolutely need support.”

Also, according to the emails, safeguarding officials were concerned that similar arguments have been used to deport families in relation to “high numbers of cases where further submissions and judicial reviews present barriers to removal”.

The officials explained that the “high numbers” was only 17 judicial review applications per year.

Other concerns raised include claims of information on sensitive cases being withheld from the Independent Family Returns Panel, a body which provides guidance on welfare plans for the forced deportation of families with children.

One message claimed that the Home Office blocked a trip to Italy for the panel to evaluate the condition of reception facilities before leaving the EU.

If you are looking to extend your Skilled Worker visa, secure your status under Indefinite Leave to Remain or apply for a Spouse Visa, we are here for you.

An email seen by the Observer questioned whether some migrants are being immediately returned to France. [Image credit: Gareth Fuller/PA Wire] 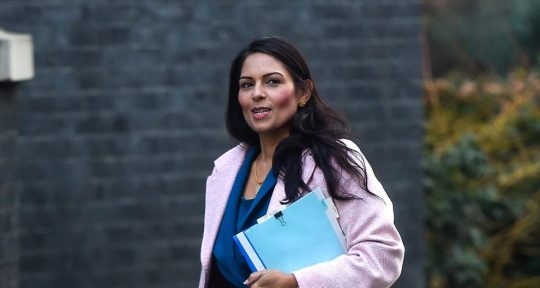 Reports earlier in the year suggested that the Home Office has launched an initiative to return migrants to France before asylum cases have been fully heard. [Image credit: Peter Summers/Getty Images]