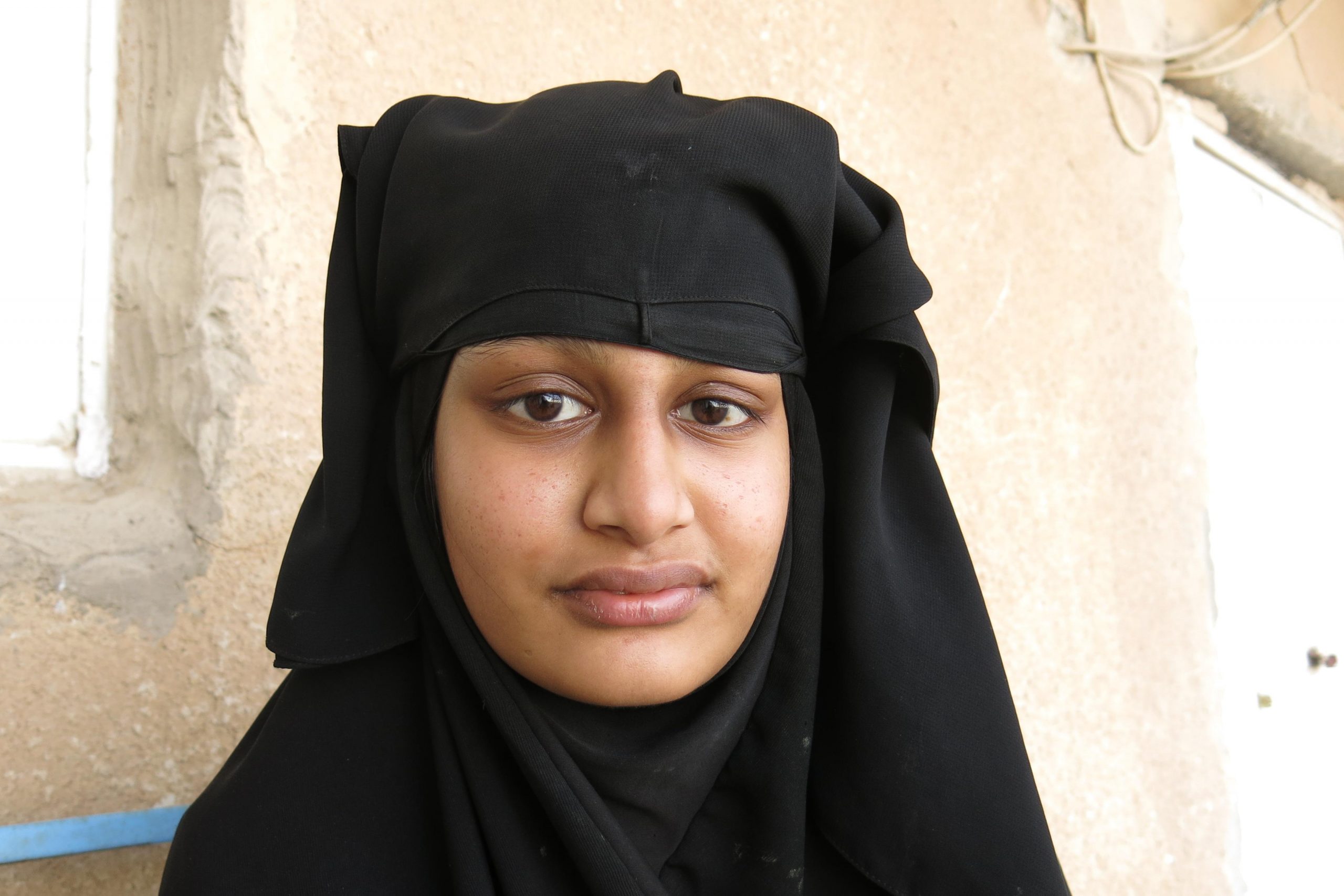 In February last year, British school girl Shamima Begum left the UK with her school friends, Kadiza Sultana (16) and Amira Abase (15) and boarded a flight to Istanbul, Turkey, before making the voyage to Raqqa in Syria.

Begum, now 20 years old, was found nine months pregnant in a Syrian refugee camp where it emerged the young woman had been radicalised and groomed on British soil to join the so-called Islamic State group (IS) to become a bride of a Jihadi fighter. She allegedly married Dutch convert, Yago Riedijk.

However, the couple fled Raqqa in 2017 as the ISIS caliphate began to fall. During this time, Begum lost two of her children: a one-year-old girl and three-month-old boy. When she appealed to return back to the UK, Begum was pregnant with her third child.

However, her appeal to return back to the UK as an expectant mother to raise her unborn child was refused. Instead, she was stripped of her British Citizenship by then Home Secretary, Sajid Javid, in February 2019 on national security grounds. Her third baby died shortly after he was born after Javid refused her entry.

The Special Immigration Appeals Commission (SIAC) gave the green light for the decision as Begum could have applied for Bangladeshi citizenship. Although Begum was born on British soil, her father is a Bangladeshi national, thus marking her as a ‘citizen by descent’ to Bangladesh.

Begum’s family and her team of lawyers have been taking legal action against the decision, claiming the Home Office acted unlawfully as it rendered her stateless and put her at risk of torture, death and/or degrading treatment.

Exiling a citizen is also fraught with legal and moral complications. Generally speaking, a British Citizen would not be rendered stateless, however, Begum’s ancestry, in this case, allowed the Government to find a loophole. Campaigners such as human rights group Liberty have since argued that the Home Office’s decision sets a dangerous precedent and that there are two-tier forms of citizenship – the lesser form applying to citizens with migrant parents or grandparents.

In addition, Begum’s lawyers argued that the young woman is trapped in “inhuman” conditions in the refugee camp, and as such cannot properly defend herself due to the limitations of the camp. For instance, Begum struggles to contact her lawyers.

However, today the Court of Appeal ruled: “the only way in which she can have a fair and effective appeal is to be permitted to come into the United Kingdom to pursue her appeal.”

The Court of Appeal criticised SIAC’s decision, saying that it has failed to consider the evidence and implications of transporting Begum to her father’s native country – particularly because Begum may face capital punishment in Bangladesh.

Lord Justice Flaux, Lady Justice King and Lord Justice Singh noted that “fairness and justice must, on the facts of this case, outweigh the national security concerns, so that the leave to enter appeals should be allowed.”

In addition, the court said: “If the Security Service and the Director of Public Prosecutions consider that the evidence and public interest tests for a prosecution for terrorist offences are met, she could be arrested and charged upon her arrival in the United Kingdom and remanded in custody pending trial.”

Begum’s lawyer, Daniel Furner of Birnberg Pierce solicitors, said the ruling grants Begum the chance to “giver her side of the story”.

“Ms Begum is not afraid of facing British justice, she welcomes it. But the stripping of her citizenship without a chance to clear her name is not justice, it is the opposite”, he added.

That said, the case faces yet further complications such as how Begum can safely return to the UK from Syria. If she is successfully extradited, it’s highly likely that she would be arrested upon arriving in the UK and held in custody until her trial.