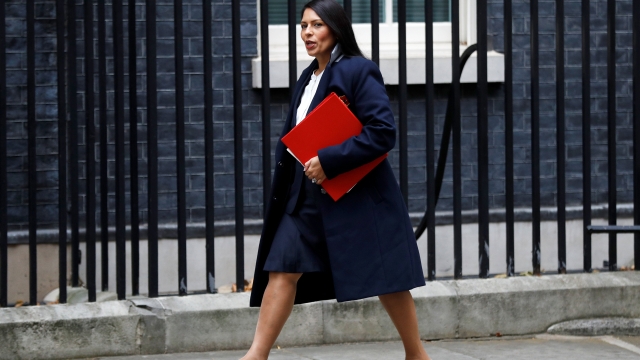 Earlier this week, Priti Patel unveiled the latest plans for what the UK’s new post-Brexit immigration system will look like. In a 130-page document, Patel detailed her government’s plans for the new points based system and her vision for the future of Britain’s immigration system.

In this, she said that employers will be encouraged to hire from the UK’s talent pool, while also reiterating that Britain would continue to focus on attracting the “best and brightest” workers from overseas.

“At a time where an increased number of people across the UK are looking for work,” she explained, “the new points-based system will encourage employers to invest in the domestic UK workforce, rather than simply relying on labour from abroad”.

“…employers will be encouraged to hire from the UK’s talent pool, while also reiterating that Britain would continue to focus on attracting the “best and brightest” workers from overseas.”

The planned changes will be put into practice from 1st January 2021, and will correspond with the end of freedom of movement with the European Union.

As part of the planned changes, a new ‘Health and Care Visa’ will come into circulation. This form of fast-track visa will allow health professionals from overseas to continue to easily take on work in the UK after free movement has ended.

This visa will available for overseas workers who have a confirmed job offer in one of the listed ‘skilled’ roles. This includes people who have offers for roles across the health and care sector, in the NHS and private health sector. Eligible roles include nurses, doctors, paramedics, radiographers, social workers, pharmacists, physiotherapists, among many others.

The document states that the new health and care visa would have a reduced fee, and that those applying would receive a decision on their application within three weeks.

The GMB union (which is a union representing NHS staff), has raised some concerns over this route, and have called the new immigration plans an “embarrassing shambles”. GMB went on to criticise the exclusion of certain care workers from the listing. The union also called out the minimum salary threshold that is being imposed on those who are eligible for the route. This is set at £20,480.

The GMB union (which is a union representing NHS staff), has raised some concerns over this route, and have called the new immigration plans an “embarrassing shambles”.

“The NHS visa scheme is another example of the way in which the Government treats social care staff as second-class citizens,” Martin Green, Chief executive of Care England said.

The new system proposes that those coming to the UK to work for an approved sponsor must fulfil certain criteria, for which they will receive points.

They will receive points for different categories, including education and skill level, salary, English level, and whether or not their job is an ‘in-shortage’ operation.

This system is similar to that which is currently in place. The only differences are those relating to the consideration of English language requirements and academic history.

The new changes also outline plans on how the UK will deal with foreign nationals that are convicted of a criminal offence.

The government said: “Those already in the UK who are sentenced to 12 months or more in prison must be considered for deportation.”