It has been revealed that immigration officials have not been briefed on how to enforce the mandatory quarantine of arrivals to the UK.

The Immigration Services Union (ISU) which represents many of the Home Office’s immigration officers, has spoken of their concern.

Lucy Moreton, general secretary of the ISU, said that officers have “had no information at all” and that “they can watch the media, read statements from ministers, but that’s pretty much it.”

From Monday, those arriving in the UK from one of countries on the 33-country “red list”.

The ISU said that they had not been told if they would be expected to check for arrivals who had not properly declared their status, as well as when and how those who are required to quarantine would be taken to hotels.

On Friday of last week, people were unable to secure hotel rooms on the official booking portal.

Moreton stated that her members had not even been told whether they needed to check the passports and tickets of people arriving.

“It’s one thing if someone has declared it, prebooked their quarantine, that’s relatively simple. But to what extent are Border Force going to be checking to be sure people have been honest?”

The lack of clarity surrounding the new quarantine rules are causing concerns among politicians too.

“I understand Border Force still haven’t been given the operational guidance on how the hotel quarantine system will work from Monday. This isn’t good enough.

We urgently need to know what arrangements have been made to ensure that those from high-risk countries about to go to hotels aren’t queueing with people about to get on the tube or train home.

Chaotic long queues with no social distancing in place have the potential to be super-spreading events that will undermine the very measures being introduced.”

Concerns Over Quarantine in Hotels

There have also been questions over the government’s policy to allow those quarantining in hotels the opportunity to exercise once per week outside, something not currently employed in the Australian quarantine system.

The official UK government guidance is that those quarantining will only be allowed out of rooms to exercise “only with special permission from hotel staff or security – this is not guaranteed”.

Health officials have maintained that hotels will receive detailed guidance on how to make their premises Covid-secure. They have stressed the need for corridors and other communal areas to have proper ventilation.

Gabriel Scally, who is visiting professor of public health at Bristol university, explained that there are inherent risks with quarantining in hotels, even if people were permanently kept in their rooms.

“Every little thing all adds up together, every little additional risk is an additive risk: their transport to the hotel, how they get moved through the hotel to the rooms, all of that sort of thing…

“Like most custodial places, whether prisons or hospitals, if you get the virus into a place where people are confined in relatively small places in large numbers, it can be devastating.”

A Home Office spokesperson said that the government was “taking decisive action” in a statement.

“We are taking decisive action at the borders and every essential check – from pre-departure testing to the passenger locator form – will help prevent the importing of new coronavirus variants into the UK.

“The new measures strengthen a regime that already includes a number of stringent rules: it is illegal to travel abroad for holidays and other leisure purposes, people need negative Covid tests before arriving in the UK, and we have strict travel bans in place for countries where there is a risk from known variants.

“Border Force operational guidance is constantly updated to reflect the ever-changing environment and staff are supported on how to apply new guidance.”

We provide services to those looking to apply for a UK work visa, as well as Spouse Visas and Indefinite Leave to Remain. 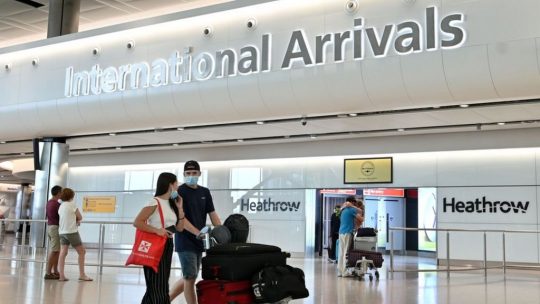 From Monday, travellers arriving from countries on the “red list” are required to quarantine in government-sanctioned hotels at their own expense for ten days. [Image credit: BBC] 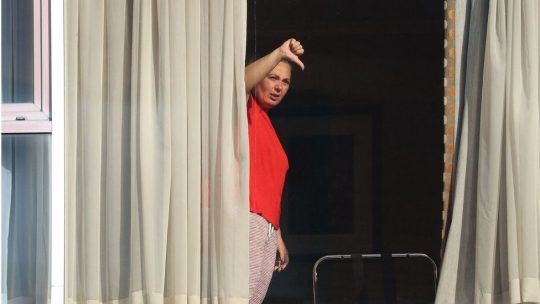 There have been concerns around the lack of guidance given to hotels from government. [Image credit: BBC]