The Home Office has announced that thousands of asylum seekers who are currently accommodated in hotels are facing removal from the UK.

A letter from the Home Office said that refused asylum seekers will face being evicted with “immediate effect”.

The announcement comes as charities have reported an increase in people being held in immigration detention centres.

Asylum seekers whose cases have been refused and who do not have an outstanding appeal will begin receiving notices to leave the UK within 21 days from this week.

The Yarls Wood immigration detention centre is being used to process asylum seekers who arrive in the UK in small boats from northern France. 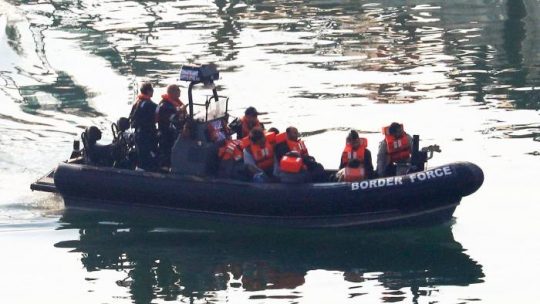 There has been a big increase in the number of asylum seekers which the British Border Force has brought to share over recent months. Image credit: FT]

Some refused asylum seekers were placed in hotels funded by the Home Office, whereas others are having their temporary hotel accommodation paid for by local authorities. It is not clear whether the latter group will be targeted for removal.

Around half of the homeless people provided with hotel accommodation in London when lockdown began are thought to be migrants.

Eviction Notices to be Served with “Immediate Effect”

The director general of UK Visas and Immigration said in the letter that asylum seekers with negative decisions would be served eviction notices “with immediate effect”.

Back in June, the Public Interest Law Centre (PILC) expressed concern about the possible fate of migrants who had no recourse to public funds after lockdown.

A spokesperson for the PILC said that:

“A human being’s right to safety, care and shelter should never depend on where they were born or what papers they hold.” 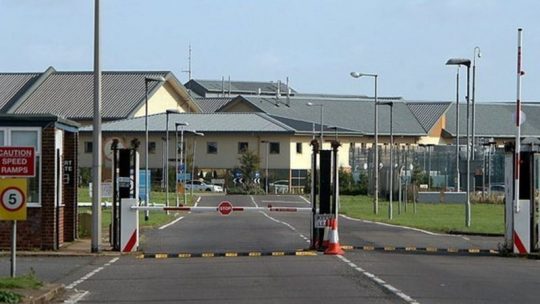 Bella Sankey, who is the director of Detention Action, said her organisation was aware of an increase in the number of people in immigration detention.

“It is a scandal that in pre-Covid times, people caught up in the asylum system had to rely on charity support for their very survival. But to push people – including families – back into homelessness and destitution as we enter a second wave of this pandemic shows a naked disregard for human life at the very highest levels of government…

Huge numbers of these people will have initial asylum refusals overturned on appeal and others cannot be removed while flights are grounded so this is punitive politicised decision-making at its worst.”

Luke Hall, who was previously minister for rough sleeping and housing, wrote to councils on 28th May about accommodating rough sleepers. In relation to migrants, he said that “For some people voluntary return to their country of origin may be the best outcome for them.”

Evictions Will Lead to “Reduce Demand on the Asylum System”

A Home Office spokesperson stated that the measures were necessary to reduce the demand on the asylum system.

“The phased cessation of support has now begun in order to reduce the demand on the asylum system,” and that the measures would be brought to an end as soon as it was safe to do so.

They went onto say that:

“Those who have received a negative asylum decision, which means they have no right to remain the UK, are given a 21-day grace period. During this time they are expected to make steps to return to their country of origin while still remaining in accommodation and receiving support.

“Assistance is available for those who leave voluntarily, but for those who do not, enforcement action may be taken to facilitate removal.”

Do You Need Immigration Assistance?

Birmingham Immigration Lawyers is continuing to provide expert immigration legal advice and assistance. We have extended our operation hours to best serve the Birmingham area.