Home Office May Use Nets to Stop Channel Crossings

The Home Office is considering permitting the use of nets to prevent migrants from crossing the Channel small boats to the UK to claim asylum.

The claim has been made by a former Royal Marine who was tasked with preventing the journeys. In an interview with the Daily Telegraph, Dan O’ Mahoney said that nets could be used to cog propellers and bring boats to a standstill as they attempt to make the crossing over the Dover Strait.

“It’s that type of thing, yes. So, safely disabling the engine and then taking the migrants onboard our vessel.”

This proposed tactic is the latest to be considered in by the Home Office in its attempts to deter migrants from crossing the Channel in small boats. 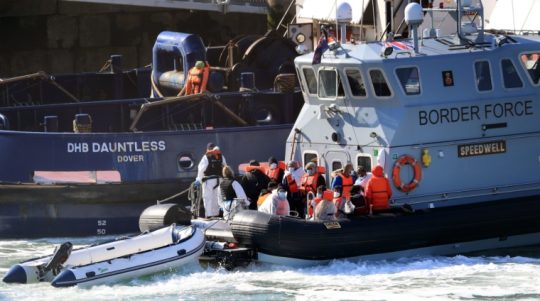 Covid-19 has led to an increase in those attempting to cross the Channel. [Image credit: Gareth Fuller/PA Wire]

The number of people arriving in the UK in small boats has increased nearly four-fold this year to more than 7,000. However, the total number of asylum applications received by the UK government between April and June nearly halved compared with the first three months of the year.

“Nets one of a number of methods” considered

O’ Mahoney told the Telegraphs that the nets were one of a number of methods considered “which we may deploy over the next few months.”

“Given that we’re not using them (nets) yet I’m not at liberty to go into detail about them … We are working with maritime security departments across law enforcement and military, everywhere across government [to] come up with new tactics to tackle this problem”.

“We definitely are very, very close to being able to operationalise a safe return tactic where we make an intervention safely on a migrant vessel, take migrants onboard our vessel and then take them back to France.”

Part of a Four-Stage Plan

O’Mahoney used the interview to set out a four-stage plan to tackle the issue of undocumented migrants. 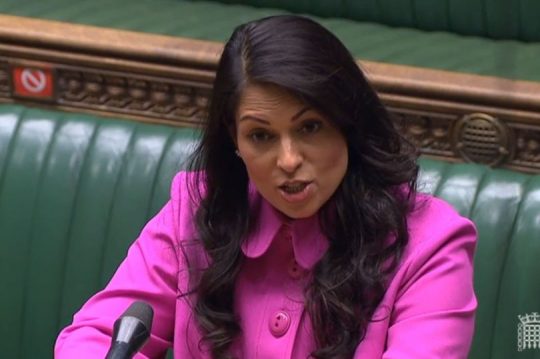 Speaking at the virtual Conservative party conference, Patel said she would bring in legislation next year to stop “endless legal claims” from refused asylum seekers and said she was willing to face “being unpopular on Twitter” in order to bring down the number of claims.

The Home Secretary also said that “those defending the broken system – the traffickers, the do-gooders, the lefty lawyers, the Labour Party – they are defending the indefensible”, as we reported last week.

Do you need immigration legal advice?

Birmingham Immigration Lawyers is here to provide expert immigration legal advice and assistance in all areas of immigration law. This includes full support to asylum seekers and to those who have been detained.