Minimum Salary Threshold to be Lowered for Settlement

The government has reduced the minimum salary of £35,800 for migrants to settle in the UK by almost 30%. The Home Office confirmed that ministers quietly ditched the rule, with the threshold lowered to £25,600.

Migrants on salaries of £20,480 but with a sufficient number of points in the new points-based system, will still qualify for jobs where there is a shortage of workers. Also, they will be entitled to settle in the UK under Indefinite Leave to Remain after five years of UK residence.

The changes will come into effect on December 1st, exactly one month before the UK is due to leave the European Union.

The government essentially acknowledged the essential contribution that lower paid migrant workers make to the UK through the lowering of the minimum salary threshold.

Amnesty International UK said it was troubled by the way immigration rules “have long exaggerated the privilege of people already advantaged by their relative wealth, gender and race”.

“Sadly, this latest development does not appear to signal any new or firm commitment to encourage equality of opportunity through the UK’s immigration system or to respect the rights and human dignity of all women, men and children regardless of class or colour.”

Migration Watch UK had a different take on the news. The group, which campaigns for tighter immigration controls, said the move would reduce the incentive for employers to train and hire British nationals and would lead to even more people settling in the UK.

‘This is quite outrageous. It will weaken immigration control further and risks helping drive settlement beyond even the record highs of a decade ago.”

Oxford University’s Migration Observatory, which identified the change in the 507-page rulebook, expressed that it was “the final nail in the coffin of the net migration target”.

Deputy director Rob McNeil told the Daily Telegraph “They are acknowledging that the bluntest of all the instruments the government used to get to that target of tens of thousands has been kicked into touch.”

Many are asking whether this announcement is evidence that the Conservatives are essentially ditching their long-term goal of significantly reducing the number of people migrating to the UK.

In Boris Johnson’s 2019 General Election campaign, he sought to position the Conservatives as the party of the 2016 Vote Leave EU referendum campaign, and said that EU migrants have been able to “treat the UK as if it’s part of their own country” for too long.

Do you need Immigration Legal Advice?

If you are looking for immigration legal advice, Birmingham Immigration Lawyers is here for you. We provide expert assistance in all areas of immigration law.

If you are an EEA citizen and you are worried about your future immigration status in the UK, please do not hesitate to get in touch. We offer appointments both on the phone and online over Skype if you cannot meet us in-person. 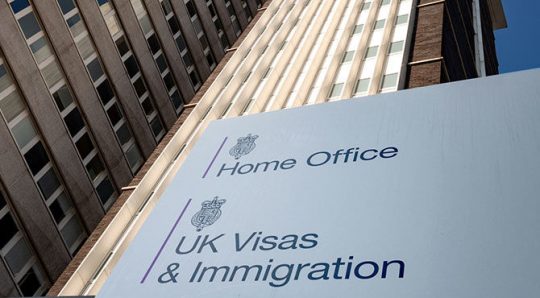 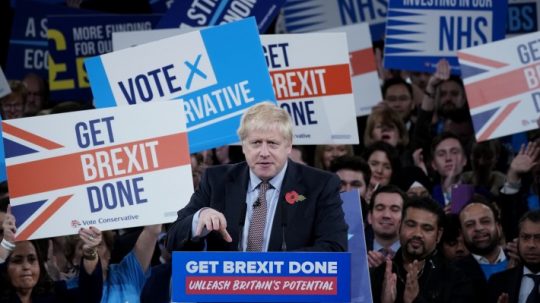 In the 2019 General Election campaign, Boris Johnson said that EU migrants have been able to “treat the UK as if it’s part of their own country” for too long. [Image credit: Christopher Furlong/Getty Images]