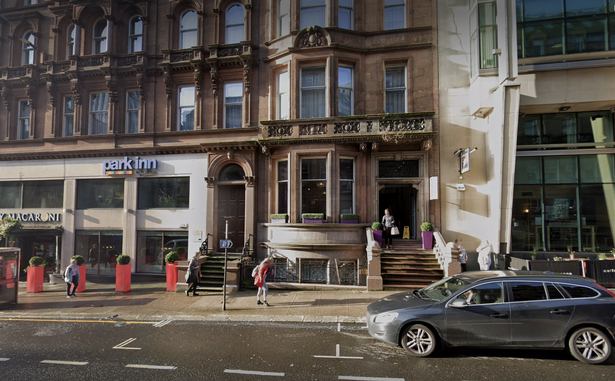 Campaigners have called for an urgent inquiry into the living conditions of asylum seekers after an incident at a Glasgow hotel.

Shortly after nationwide COVID-19 lockdown measures were implemented, the Home Office took the decision to temporarily house asylum seekers in empty hotels in order to enable ‘public health guidance’ to be followed. However, conditions for those living in the hotels are so bleak that the situation has been described as an ‘accommodation crisis’ by campaigners.

On Friday the 26th of June, six people- including a police officer- were stabbed at the Park Inn hotel on West George Street in Glasgow city centre. The attacker- who was shot dead by police- has been named as Badreddin Abadlla Adam, a Sudanese asylum seeker who was being housed at the hotel.

PC David Whyte, 42, was critically injured during the attack but has since been able to speak about the incident.

The decision to house asylum seekers in hotels has been deeply criticised by asylum seekers and migrants’ rights organisations. Under current arrangements, the Home Office is providing free, fully-furnished accommodation to all asylum seekers whose applications are being considered.

Positive Action in Housing- an anti-racist refugee and migrant homelessness charity- has been among the organisations raising concerns about the accommodation situation ever since private housing provider Mears- who are subcontracted by the Home Office- began moving asylum seekers from their usual accommodation into hotels.

The charity has described the situation facing those who have been relocated to hotels as ‘desperate and vulnerable’. Not only are asylum seekers unable to leave their rooms, many of the rooms are cramped and have no access to fresh air.

Scotland’s First Minister Nicola Sturgeon has said that the Scottish Government is in discussion with the Home Office about the attack.

‘We’re considering what further lessons need to be learned from what happened on Friday’, she said.

When asked about whether it was a mistake for asylum seekers to be temporarily housed in hotels, the First Minister pointed out that it was the UK government’s decision.

She went on to say that the Scottish Government has had concerns for some time about the conditions under which asylum seekers were living, before adding that discussions are being held to ensure there is an improvement in conditions.

Robina Qureshi, the director of Positive Action in Housing, had this to say:

‘We didn’t know the full extent until the last few days. The fact that people didn’t have access to water – they were drinking tap water from the toilets, that people were terrified of breathing air – they talked about the presence of dirty air conditioning and the virus transmitting through it, and windows not opening so there was no clean air.

And they were talking about no social distancing in the hotel. This is the level of mental pressure they were under.

Since asylum seekers were put into the hotels, we have seen the number of people who were complaining of increased depression and not being able to stay within four walls and saying that they were having suicidal thoughts has rocketed.’

The asylum seekers staying in hotels have even had their allocation of £5.39 a day taken away to prevent them from catching COVID-19 from coins.

Positive Action in Housing are fronting calls for an independent inquiry into the situation.:

‘Questions need to be asked about how a situation came about where 370 people were to be uprooted during a pandemic at the start of the lockdown when nobody was to move, non-essential travel was forbidden.’